Fighting for Justice with Passionate Representation

When you need a criminal attorney in Marietta, GA or the North Atlanta area, The Waltman Firm is on your side.

"I called Ms. Waltman the night before my court date and she appeared in court the next morning and was able to resolve my matter less than 12 hours after I called. Best of all, she kept the accident off my insurance and kept points off my drivers license. I would highly recommend Ms. Waltman to anyone who is going to court, especially if you’re worried about your court date. She explained exactly what was going to happen, worked efficiently, and got the result I was hoping for. I hope I don’t need to, but if I ever find myself in a position where I need to go to court, I will be calling Ms. Waltman again; she made the process so easy. Plain and simple, Ms. Waltman is best attorney around. Thank you Holly!"

"Holly Waltman was attentive, assuring, efficient. She was also helpful in making sure I had everything needed to help the case move swiftly. Overall a great experience and I will definitely call Holly again should the need arise. Thank you, Holly."

"Holly Waltman is absolutely the best attorney around. She is knowledgeable, passionate and relentless when it comes to doing a good job for her clients. She kept us educated and informed throughout the entire process. She made sure we understood all of our options and did so in a calming, down to earth manner. In the end she delivered the exact outcome we were hoping for. We could not be happier! I highly recommend her!"

"I was fortunate enough to be referred to Holly through a mutual friend and could not have been more satisfied. She was not only extremely responsive and knowledgeable, but knew how to navigate the internal politics of the Courts and DA’s office in Atlanta and the state of Georgia. Would recommend with zero hesitation."

"Ms Waltman went over and beyond on short notice to appear in court with my girlfriend on a Monday morning for a traffic violation. We hadn’t thought anything of it but after speaking to a friend who was in a similar situation we were referred to Ms Waltman and she immediately started helping with our case.
In the end, my girlfriend was able to keep the points off her license and insurance and Holly was a calming presence through the entire nerve-wracking process. We appreciate all the help and hardwork Holly provided and I will continue to refer anyone looking for the best attorney in Atlanta to reach out to her."

"Holly is very professional and intelligent. I have always heard excellent feedback regarding her work and have strongly recommended her to people who need a reputable, kind, and helpful attorney!"

When you or someone you love is charged or arrested with a crime you need representation from the onset to begin mounting your defense. When you choose The Waltman Firm, that is precisely what you get. We have expertise in all the various stages of the criminal process and while it is ideal to retain an attorney prior to any issues, or as soon as they happen, we are here 24/7 no matter what part of the criminal justice process you find yourself in.

As a trusted and experienced criminal defense trial attorney in Marietta GA and serving the greater Atlanta area, The Waltman Firm takes an aggressive and proactive approach toward protecting our clients’ rights, freedom, and future. Our founder Holly Waltman is a strong defender and believer in constitutional rights for all, she believes that everyone deserves the strongest and best defense possible. This core value drives everything she and our law firm does both in and out of the courtroom, and the passion for advocating for the rights of the accused is exhibited in our track record, reputation, and the results that we produced. 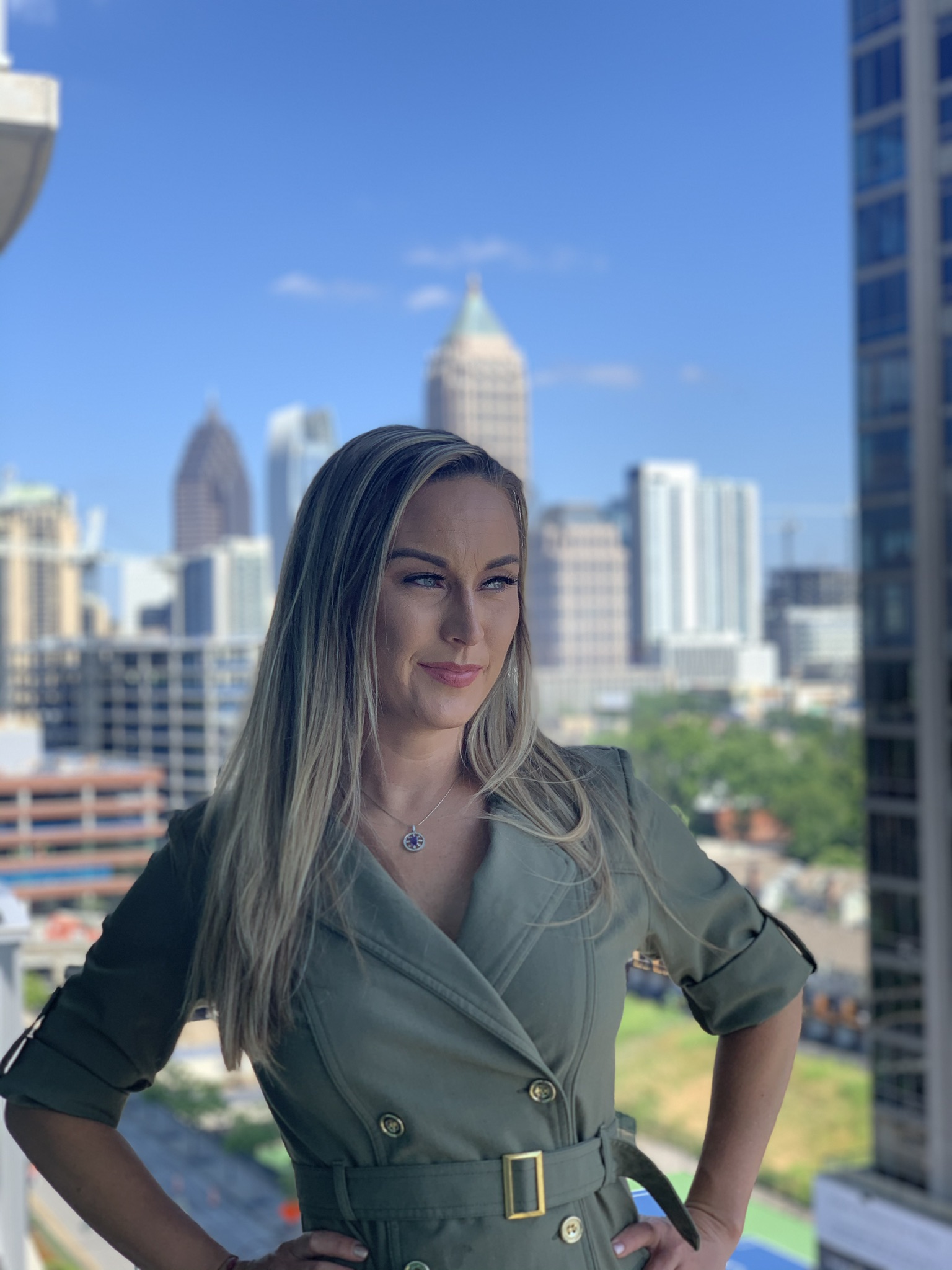 When You Need an Experienced Criminal Defense Lawyer in Cobb County, Marietta Attorney Holly Waltman Is on Your Side

The Waltman Firm is not a mill of generalized, one-size-fits-all representation. We represent our clients with one major distinguishing factor — customized legal services. Our objective is to explore every facet of your case and work tirelessly until a favorable outcome is reached. Providing our Cobb County clients individualized representation of the greatest professional and ethical standards comes standard when you hire The Waltman Firm.

A criminal conviction can follow you for the rest of your life. No matter what type of criminal charges you face, you need the best Cobb County criminal defense lawyers on your side. As your Marietta criminal defense attorney, The Waltman Firm will develop an aggressive and effective defense strategy that is personally tailored to your case and defend your freedom at every juncture.

At The Waltman Firm, our criminal defense experts have the intricate knowledge and ability to help you prevent a conviction in Cobb County, whenever possible and explore every option available to you. Our practice areas include:

The moment you or someone you love is charged with a crime, life changes in an instant. Future plans, dreams, and goals momentarily disappear. Advancing in your profession, pursuing an education, and preparing for your future are put on hold while you handle the pending criminal charges. The defense lawyers in Cobb County you choose to defend you will make all the difference in the result of your case and in your future. At our firm, we believe this choice is a simple one. You need a defense attorney that understands how to get results — you need The Waltman Firm.

A Marietta Criminal Defense Lawyer That Has Your Back

The Waltman Firm is driven to serve. Whether you’re facing felony or misdemeanor charges, a Federal offense or one in State or Superior Court. If you are wanting a protective order or defending yourself against one we as a defense attorney are prepared to fight for your rights like we would our own. No matter the circumstances, we exhaust every resource, legal avenue, and relationship we have to ensure that your life is not ruined by a brief moment of misjudgment or a simple misunderstanding.

Your Criminal Attorney in Marietta GA

Owner and Managing Partner Attorney Holly Waltman’s passion for litigation is evident in her proven track record of success. Holly calls Marietta, Georgia home and was raised nearby in Cobb County. Georgia has always been Holly’s home and she is licensed to practice law in all 159 counties of Georgia on both the State and Superior Court levels. She is sworn into the Court of Appeals as well as the Supreme Court of Georgia. Holly also handles Federal Cases all across the nation and in The United States Federal Court for The Northern District of Georgia.

A diverse litigator with thousands of criminal defense hearings under her belt as both a prosecutor as well as a defense attorney, Holly is a Fourth Amendment expert with substantial expertise in criminal drug cases, federal civil asset forfeitures, as well as major complex felony cases. Holly has built cases for the Government while she was a prosecutor and knows how the State will likely try to rip you of your liberty, property, and resources. That plethora of extensive experience has equipped her with the criminal defense attorney skills to know exactly what it takes to get your charges reduced, dropped, or dismissed as your defense attorney. Call and schedule a consultation with Holly Waltman now.

Building a Strong Defense with a Marietta Criminal Defense Attorney

At The Waltman Firm, success is our mission, and we’re determined to get your life back on track. If you have been charged with a criminal offense in Marietta, Cobb County or the greater Atlanta area, time is of the essence for your criminal defense. The sooner you let The Waltman Firm begin fighting for your rights with aggressive representation, the sooner you can anticipate seeing a beneficial resolution to your criminal defense case.
Don’t let your future lie at the mercy of a criminal justice system that’s anything but just. Contact us today to schedule a consultation and begin developing a powerful criminal defense strategy.
Holly is considered to be one of the top 40 attorneys under 40 in the State of Georgia by The National Trial Lawyers Association, where membership is by invitation only and is extended exclusively to those individuals who exemplify superior qualifications.

Additionally, According to Super Lawyers, Holly is a ‘Georgia Rising Star’, an honor reserved for those lawyers who exhibit excellence in practice. Only 2.5% of attorneys in Georgia receive this distinction and Holly has been named to this list multiple years in a row. She was also selected by Attorney and Practice Magazine as one of Georgia’s top 10 Attorneys in GA criminal defense. She is a graduate of the GACDL (Georgia Association of Criminal Defense Lawyers) – Bill Daniels Trial Advocacy Program where she was trained by 25 of the nation’s top trial attorneys.

Holly found her love for criminal law as an Assistant Conflict Defender for the Stone Mountain Judicial Circuit, where she managed not one, but two Superior courtrooms simultaneously, specializing in criminal defense law for complex felony cases.

Holly started her career at The DeKalb County District Attorney’s Office. In this office, she argued numerous motions and was afforded the opportunity to try her first felony jury trials. Holly has presented criminal cases and appeared before all 10 DeKalb County Superior Court Judges. This makes her a unique Criminal Defense Attorney, as she knows exactly how the prosecution is building their case before it ever goes to trial as well as how any judge may view particular facts about your case.

After her time at the District Attorney’s Office, Holly worked in the State Court of Henry County assigned to Chief Judge Ben Studdard’s courtroom, providing defense for clients charged with misdemeanor offenses such as marijuana possession, DUI, and domestic violence charges.

Holly received her education in Georgia and earned her undergraduate degree in Philosophy and Economics from Georgia Southern University. She then acquired her Juris Doctorate from John Marshall Law School in Atlanta, where she served as a peer mentor to younger law students. At graduation, Holly was recognized with The Chief Justice Leah Ward Sears Award for the highest overall pro bono hours in her law school class.

When Holly is not in the courtroom zealously fighting for justice, she enjoys traveling, snow skiing, and spending time with her family. Holly also volunteers her time with anti-conviction programs and alternative prosecuting projects as well as with local animal shelters. Holly is a proud member of Buckhead Church in Atlanta, Georgia.